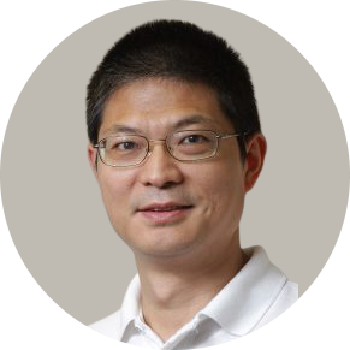 Chris Mi is a fellow of IEEE and SAE, Professor and Chair of the Department of Electrical and Computer Engineering, and the Director of the US DOE-funded GATE Center for Electric Drive Transportation at San Diego State University, San Diego, California, USA. He was previously a professor at the University of Michigan, Dearborn from 2001 to 2015. He received the B.S. and M.S. degrees from Northwestern Polytechnical University, Xi’an, China, and the Ph.D. degree from the University of Toronto, Toronto, Canada, all in electrical engineering. Previously he was an Electrical Engineer with General Electric Canada Inc. He was the President and the Chief Technical Officer of 1Power Solutions, Inc. from 2008 to 2011.

His research interests are in electric and hybrid vehicles. He has taught tutorials and seminars on the subject of HEVs/PHEVs for the Society of Automotive Engineers (SAE), the IEEE, workshops sponsored by the National Science Foundation (NSF), and the National Society of Professional Engineers. He has delivered courses to major automotive OEMs and suppliers, including GM, Ford, Chrysler, Honda, Hyundai, Tyco Electronics, A&D Technology, Johnson Controls, Quantum Technology, Delphi, and the European Ph.D School. He has offered tutorials in many countries, including the U.S., China, Korea, Singapore, Italy, France, and Mexico. He has published more than 300 articles and delivered more than 100 invited talks and keynote speeches and as a panelist in major IEEE and SAE conferences.

Dr. Mi is the recipient of the “Distinguished Teaching Award” and “Distinguished Research Award” of the University of Michigan Dearborn. He is a recipient of the 2007 IEEE Region 4 “Outstanding Engineer Award,” “IEEE Southeastern Michigan Section Outstanding Professional Award.” and the “SAE Environmental Excellence in Transportation (E2T) Award.” He was also a recipient of the National Innovation Award and the Government Special Allowance Award from the China Central Government. He received three Best Paper Awards from IEEE Transactions on Power Electronics and two Power Electronics Prize Letter Awards. In 2019, he received the IEEE Power Electronics Emerging Technology Award.

Abstract: Wireless power transfer (WPT) technology offers significant improvement in convenience and safety and has found many applications, such as electric vehicle (EV), implanted medical devices, mobile devises, under water vehicles, industrial automation equipment, robots, and automatic guided vehicles, etc. Both capacitive and inductive wireless power transfer technologies have been investigated for various applications. Experiments have shown that tens or even hundreds of kilowatts of power can be transferred over 200 mm distance with an efficiency of 97% (DC-DC) or more, and an alignment tolerance of up to 300mm.
In this presentation, we will first look at the basic principle of WPT. Then we will show that safety is still one of the major concerns of WPT system for both inductive and capacitive power transfer, especially for high-power applications. Then, we will discuss two unique topologies developed by the research group of Prof. Mi, including the double-sided LCC topology and the LCLC topology for capacitive wireless power transfer. Finally, we will show some case studies that involve electric aircraft, railway, ships, and road vehicles. 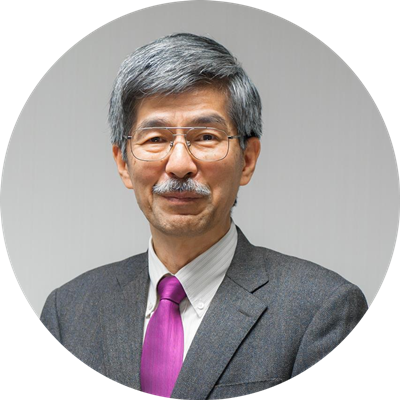 Atsuo Kawamura (S’77-M’81-SM’96-F’02-LF’2019) received the B.S.E.E., M.S.E.E., and Ph.D. degrees in electrical engineering from the University of Tokyo, Tokyo, Japan, in 1976, 1978, and 1981, respectively.
In 1981, he joined to the Department of Electrical and Computer Engineering, University of Missouri, Columbia as a Postdoctoral Fellow, where he was an Assistant Professor from 1983 to 1986. Since 1986, he has been with the Division of Electrical and Computer Engineering, Yokohama National University, Yokohama, Japan, where he was first an Associate Professor and later became a Professor in 1996. He served as a dean of College of Engineering Science and Graduate School of Engineering from 2013 to 2015. He has become Professor Emeritus in 2019, and now is a professor of endowed chair ( Power Electronics) at the same university. He has served to completion of 38 Ph.D and 145 Master’s and 179 Bacheler’s students. He holds 7 patents and has published more than 130 journal papers and 320 international and 560 domestic conference papers, and 9 books.
His research interests include power electronics, digital control, electric vehicles, robotics, train traction control, etc. He received several awards including the IEEE IAS Transactions Prize Paper Award in 1988, the Prize Paper Award of IEE of Japan in 1996, IEEE IES Transactions Best Paper Awards in 2001 and 2002 , and EPE-PEMC Award in 2008. He became a Fellow of the IEEE in 2002 with the citation, "For Contributions to Real-Time Digital Feedback Control of PWM Inverters.”

Dr. Kawamura is a Fellow of the Institute of Electrical Engineers of Japan(IEE of Japan), and member of Robotics Society of Japan. He was the conference chairperson of the IEEE/IAS and IEEJ/IAS joint Power Conversion Conference (PCC-Yokohama) in 1993. He was an associate editor of IEEE Power Electronics Transactions from1995 to 2000. He was the program chair of the 2009 Robotics Society of Japan Annual Meeting, and was the conference Chair of IPEC-Sapporo-ECCE-Asia in 2010 and a president of IEE of Japan/IAS(Industry Application Society) in 2012-2013, and a conference chair of 2018 IEEJ IAS annual meeting (JIASC) at Yokohama.

Abstract: With the advent of wide-band-gap(WBG) power semiconductor devices, power conversion with high conversion efficiency has become possible, but since the output of DC-AC power conversion (inverter) is AC, it is more difficult to achieve ultra-high efficiency compared to DC-DC conversion.
First, the current status of recent published literature on high efficiency inverters is presented, followed by the latest results of high efficiency HEECS inverters being pursued by the authors' group. With higher efficiency comes the need to guarantee the accuracy of the measurement. Second, speaker’s group have proposed a new loss measurement method called the VTASLM, which uses only electrical measuring instruments, and have measured a conversion efficiency of 99.75% with a measurement accuracy of 0.006%. The measurement method and results are presented. Third, the measurement results of the loss breakdown are presented and the policy on how to obtain higher efficiency is discussed. Finally, the speaker's dream is discussed concerning a future power grid that makes effective use of renewable energies using high-efficiency power converters.

Udaya K. Madawala graduated with a B.Sc. (Electrical Engineering) (Hons) degree from The University of Moratuwa, Sri Lanka in 1987, and received his PhD (Power Electronics) from The University of Auckland, New Zealand in 1993 as a Commonwealth Doctoral Scholar.  At the completion of his PhD, he was employed by Fisher & Paykel Ltd, New Zealand, as a Research and Development Engineer to develop new technologies for motor drives.  In 1997 he joined the Department of Electrical and Computer Engineering at The University of Auckland and, at present as a Full Professor, he focuses on a number of power electronics projects related to planning of EV charging infrastructure, and bi-directional wireless EV charging systems for V2X applications.
Udaya is a Fellow of the IEEE and a Distinguished Lecturer of the IEEE Power Electronic Society (PELS), and has over 30 years of both industry and research experience in the fields of power electronics and energy. He has served both the IEEE Power Electronics and Industrial Electronics Societies in numerous roles, relating to editorial, advisory, conference, technical committees and chapter activities. Currently, Udaya is an Associate Editor for IEEE Transactions on Power Electronics, and a member of both the Administrative Committee and Membership Development Committee of the IEEE Power Electronics Society.  He was the General Chair of the 2nd IEEE Southern Power Electronics Conference (SPEC)- 2016, held in New Zealand, and is also the Chair of SPEC Steering Committee. Udaya, who has over 300 journal and conference publications, holds a number of patents related to wireless power transfer (WPT) and power converters, and is a consultant to industry.

Abstract: Electric vehicles (EVs) reduce air pollution and global warming, and are ideal for sustainable living.  However, the high uptake of EVs also poses some technical challenges. These include the demand for increased levels of EV charging infrastructure, demand-side issues associated with charging infrastructure planning and charging services, and grid impacts due to large-scale charging demands that compromise the stable and economic operation of the power grid. Thus, to mitigate grid impacts and overcome demand-side, it is crucial to deploy charging infrastructure strategically and operate charging services properly. This seminar discusses these challenges, clarifying the technical problems, and presents the solutions that have been proposed. The seminar concludes with new research directions in this area to promote further research.